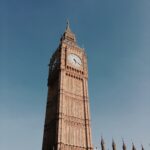 Politics is the study of conflict resolution in everyday matters. Politics focuses on addressing differences in opinion between varying groups and recognising the ways in which we learn to compromise….

Politics is the study of conflict resolution in everyday matters. Politics focuses on addressing differences in opinion between varying groups and recognising the ways in which we learn to compromise and deal with a range of topics such as:

This means politics is a very diverse and challenging subject to study.

Throughout the A Level you will study British and American politics as well as investigating political philosophy.

The course will require a high level of engagement, so be sure to ask yourself the following question, ‘do I find politics interesting and engaging?’.

Government and Politics of the UK
This topic will focus on gaining a solid knowledge and understanding of the historical development of the British political system.
As part of this we will investigate the origins of our unwritten constitution, the structure of our Parliament, the nature of power exercised by Westminster alongside devolved Parliaments in Scotland, Wales and Northern Ireland.
In addition we will gain insight in to the role of the Supreme Court and decipher the role and responsibility of a Prime Minister and his/ her cabinet.
Alongside this, you will also study the roles we play as citizens in fulfilling our democratic rights to ‘participate’ in politics.

It will involve educating oneself on the changing patterns of political participation in different elections from general elections to by-elections, EU elections and also referendums.

As well as the above we will break down ideological differences between the most prominent political parties to enable us to make informed choices in the future of how best to vote rationally.
Included in this section is a look in to Pressure Groups and the advantages and disadvantages they offer our society in encouraging citizens to get involved in the democratic processes.

A new addition to the specification is the focus on the European Union. It is imperative we have a more comprehensive understanding of the history, origins, and development of the EU considering the advantages and disadvantages it brings to the politics of the UK even though we have recently made the decision to leave the EU.

American Politics
The A Level will involve an in-depth comparison of US and UK politics comparing judiciaries, constitutions, powers of the PM and President and even the major political parties focusing on structural, cultural and rational theories of differences in voting behaviour.

Political Ideas
Alongside the comparative nature of politics, it is essential we delve in to the different political philosophies that have established the foundation of modern democratic societies.

The key political ideas we will focus on are Liberalism, Socialism and Conservatism. We will also investigate a fourth optional political idea; Feminism.

There will be a range of different methods of teaching from teacher led, group work, pair work, independent research and presentations. We also have a debating society run by Politics students for further engagement beyond the classroom. Students must keep up to date with current affairs and will be expected to incorporate this knowledge into lessons and assessments. Politics is an academic subject – you will be both challenged and well supported throughout the course.

Politics is seen as a rigorous and academic A Level option, which will be a solid foundation for a wide range of university courses. Your ability to debate and evaluate will be developed throughout the course, these skills are invaluable for a wide variety of careers. Politics is of significance to those interested in working in the media/journalism, law enforcement, teaching and government itself e.g. the Civil Service or seeking political office.